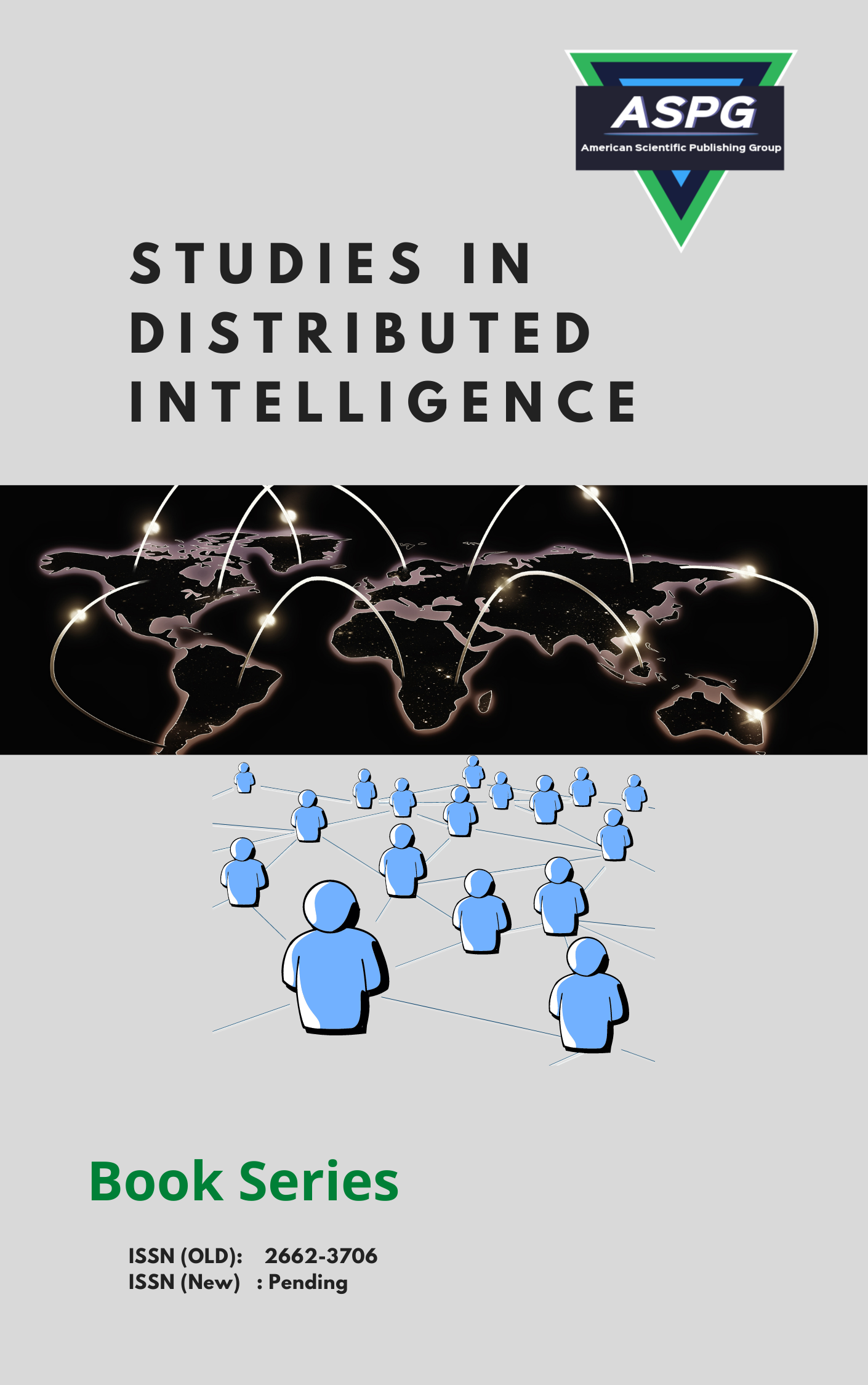 (New one by ASPG) pending..

Secretary of the ASPG Editorial Office

The ubiquitous sensing, multi-modality data, and various computing platforms enable rapid, personalized, dedicated services for our communities. The global perspectives on the distributed intelligence showcase cutting-edge research that embraces a number of fields from system design to deployment and from data acquisition to analysis in cross-disciplinary areas that require discovery of valuable information from dynamic, massive, diversified data. The research to be included in this series focuses on the pressing, contemporary aspects of the decentralized, computational intelligence techniques for geotechnology applications including environment, resource management, transportation, health, robotics and autonomous vehicles, and security, to name a few.

Dr. Xiaohui Yuan (xiaohui.yuan@unt.edu) received a Ph.D. degree in Computer Science from Tulane University in 2004. He is currently an Associate Professor in the Department of Computer Science and Engineering, the University of North Texas and the director of the Computer Vision and Intelligent Systems Lab at the University of North Texas. His research interests include computer vision, data mining, machine learning, and artificial intelligence. His research is supported by Air Force Lab, National Science Foundation, Texas Advanced Research Program, Oak Ridge Associated Universities, and UNT. His research findings are reported in over 180 peer-reviewed papers. Dr. Yuan is a recipient of the Ralph E. Powe Junior Faculty Enhancement award in 2008 and the Air Force Faculty Fellowship in 2011, 2012, and 2013. He also received two research awards and a teaching award from UNT in 2007, 2008, and 2012, respectively. He served on the editorial board of several international journals and guest-edited several special issues. He is the general chair, program committee chair, and session chair in many conferences. He also serves as a panel reviewer for funding agencies including NSF, NASA, NIH, and Louisiana Board of Regent’s Research Competitiveness program.

Dr. Mohamed Elhoseny is an Associate Professor of Computer Information Technology and the Manager of the Research Support Department at the American University in the Emirates, Dubai, UAE. Dr. Elhoseny is an ACM Distinguished Speaker and IEEE Senior Member. He received his PhD in Computers and Information from Mansoura University/University of North Texas through a joint scientific program. Dr. Elhoseny is the founder and the Editor-in-Chief of IJSSTA journal published by IGI Global. Also, he is an Associate Editor at several Q1 journals. Moreover, he served as the co-chair, the publication chair, the program chair, and a track chair for several international conferences published by recognized publishers such as IEEE and Springer. Dr. Elhoseny is the Editor-in-Chief of the Studies in Distributed Intelligence Springer Book Series (now published by ASPG), the Editor-in-Chief of The Sensors Communication for Urban Intelligence CRC Press-Taylor& Francis Book Series, and the Editor-in-Chief of The Distributed Sensing and Intelligent Systems CRC Press-Taylor& Francis Book Series. He was granted several awards by diverse funding bodies such as the Egypt State Encouragement Award in 2018, the Young Researcher Award in Artificial Intelligence from the Federation of Arab Scientific Research Councils in 2019, Obada International Prize for young distinguished scientists 2020,  Mansoura University Young Researcher Award 2019, the SRGE best young researcher award in 2017, and the best Ph.D. thesis in Mansoura University in 2015. Dr. Elhoseny has 14 years of teaching experience and supervised two PhD students, two master students, and six graduation projects. Besides, he is a TPC Member or Reviewer in 100+ International Conferences and Workshops. Furthermore, he has been reviewing papers for 100+ International Journals including IEEE Communications Magazine, IEEE Transactions on Intelligent Transportation Systems, IEEE Internet of Things, Future Generation Computer Systems, IEEE Communication Letters, Elsevier Computer Communications, Computer Networks, Sustainable Cities and Society, Wireless Personal Communications, and Expert Systems with Applications. Dr. Elhoseny has been invited as a guest in many media programs to comment on technologies and related issues.

Authors/Editors who are interested in publishing books in this book series should communicate the editorial office using the following details:

Secretary of the ASPG Editorial Office